Last month, the Digitimes edition reported that the ASUS ROG Phone 2 gaming smartphone will be shown on July 23. Today, the manufacturer officially confirmed this date.

The presentation will take place in China. The novelty will be shown together with the company Tencent, which was engaged in the optimization of the device for the game.

If you believe the leaks, the smartphone will be released in two versions. They will differ fast charging capacity. In the younger model will install 18-watt, and in the flagship – 30-watt. In addition, there will be more differences, but which ones are unknown.

The ASUS ROG Phone 2 is credited with a 7-nanometer Snapdragon 855 processor with overclocked frequency and 12 GB of RAM, a dual or triple camera and a 4000-5000 mAh battery. The main feature of the novelty will be a display with a frame refresh rate of 120 Hz. For comparison, in the previous model the screen was set to 90 Hz. 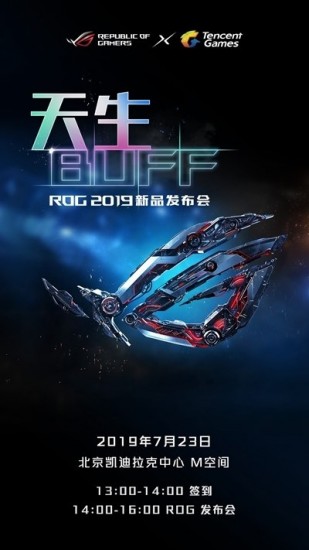 The price tag of the smartphone, if you believe the rumors, will start from $ 650. The device will compete with Nubia Red Magic 3 and Xiaomi Black Shark 2. By the way, these two devices have become the most productive Android smartphones in June according to the benchmark test Antutu.